Company dissolution and maintenance in Spain and beyond 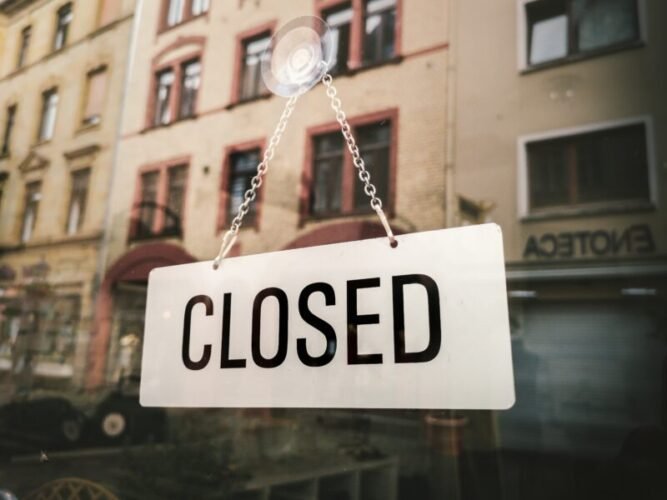 Unfortunately, company dissolution and liquidation caused by bankruptcy is a common process that hard to avoid without a proper business strategy. In fact, not all the time forming a company leads to a successful future. Actual outcomes are hard to predict, especially during times of rapid changes unless making action to mitigate risks. This article describes the procedures involved in the dissolution of a company and ways to maintain financial health to avoid it. In addition, we will look into legal acts passed by the Spanish government during the Economic Crisis caused by the COVID-19.

Not too long ago, we already gave a word about the liquidation of companies during COVID-19 that is available to access here. A few months have passed and at present, we think it is time to address this topic again due to recent changes in Spanish law.

Difference between liquidation and dissolution.

Forced closure (liquidation) is usually the result of an inability to pay debts, unprofitability, or a result of a court decision. The causes may vary, for example, if mistakes were made while the registration process, the activities of the company go against the law, or the company faces insoluble financial problems. Voluntary liquidation (dissolution) is possible when the owners themselves want to close a firm that possibly did not meet their expectations.

In Lexidy, unfortunately, we do not have a magic wand to bring a company back to life. Still, the company dissolution will go as smoothly as possible with the help of experienced lawyers. Above all, they will make sure to avoid the administration have any of liability.

The process of closing a limited company in Spain consists of two phases. The first phase is called dissolution and the second liquidation. The objective of these two phases is the final closure of your business.

This all entails quite a complex procedure in which we tend to see more often. In fact, it is easy to make a mistake as for example, company directors miss legal deadlines and get penalized.

Here are the three legal conditions for dissolving a limited liability company:

The Spanish government has already taken legal action to handle a cascade of companies falling into dissolution. The most remarkable measure concerns the case when the company losses influence the company’s net worth by half of the current Share Capital.

Under normal circumstances, the company has a two-month deadline to hold a Shareholders’ General Meeting. The meeting usually occurs due to increasing net assets, decreasing the Share Capital, or, presenting regulations regarding the process.

Actions to ensure the maintenance of the company.

Upon the current regulation, companies’ net assets will not include the losses of the year 2020 to determine the dissolution. Therefore, the Balance Sheet of the year 2021 losses bring net assets below half of the share capital. In this case, the administrators will have a period of two months.

Another adopted measure by the government of Spain was the time extension for filing bankruptcy. To seize the Spanish economic collapse, the compulsory filing of the bankruptcy deadline was extended to December 31st, 2020. Hence, those companies or entrepreneurs will now have time till the end of 2020 to clear their outstanding balance. During this time they will come to terms that will avoid filing the tiresome bankruptcy proceedings.

You may be interested to read more, in the previous article we discussed ways to avoid company bankruptcy during and after covid-19, which is a great source of reliable information about this topic.

Keep in mind that having a bankrupt not always leads to liquidation, for inspiration check these 8 biggest companies that made their way back to the market and grown larger

Once the dissolution of the company has been agreed upon, it triggers the opening of the liquidation period. The director is ‘dismissed’ in the Board and a ‘Liquidator’ must be appointed to carry out the actual wind-up. This latter can be either dismissed by the director or some other person. The most important thing is to select the individual assigned in the bylaws or appointed by the Board.

Lexidy is a reliable friend to speak about legal problems, don’t hesitate to write to us if you have questions about the procedures. Legal advice in the early stages will keep you from problems later on.

Is it possible to have a company dissolution with outstanding debts?

As we previously mentioned, the company should become insolvent. Directors are obliged for filing for bankruptcy within two months of becoming aware of insolvency. Consequently, the business will not go into liquidation but instead proceed under bankruptcy law.

Contrary to popular belief, bankruptcy can be used for both individuals and companies. In case you want to learn more about it, read about the full procedure of properly filing the bankruptcy explained by our Corporate lawyers.

But what if the liquidator pays only one creditor out of many? According to the Spanish Corporations Act and the Spanish Bankruptcy Act, we can neither conclude the business liquidation nor go into bankruptcy (which requires at least two creditors).

What is the solution? The Directorate of Registries and Notaries Public of Spain, albeit timidly, has accepted the conclusion of the company liquidation with one unpaid creditor (Rr. of 1 and 22 August 2016).

When the liquidation is complete, the last step is to record the death certificate of the company in a public deed.

At Lexidy, we repeatedly underline the importance to strictly follow the above instructions. Commonly, due to the failure to comply with statutory regulation, company administration falls into the nonessential outcome as a joint liability.

Héctor is an Andalusian lawyer. In 2013 he obtained a degree in Law at the University of Málaga. He moved from Brighton to Berlin where he completed a European Volunteer Service at the office of the ‘Neue Synagoge Berlin’. Héctor attended a Master in International Commercial Law at the University of Aberdeen whose School of Law ranked 5th in the UK. After graduating with Commendation he transferred to Madrid where he became a member of the Madrid Bar Association (ICAM). Languages: Spanish, English, German, and Italian.

Tell us your goal and we build a plan!

You are welcome to contact us if you have questions about the procedures. Legal advice in the early stages will keep you from problems later on.

PrevPreviousStart your business in Spain 2020: FAQs you should know.
NextBusiness Relocation: Move your UK or US company to SpainNext