Protecting Your Business From the Russia-Ukraine Conflict 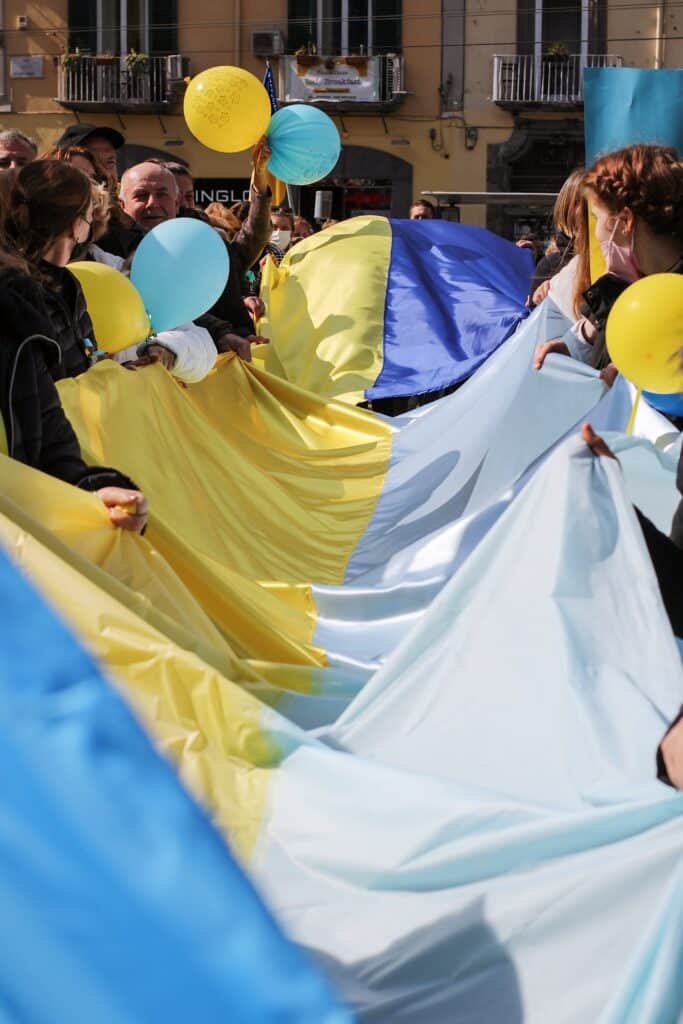 In the weeks following the outbreak of conflict between Russia and Ukraine, the European Union and the US have imposed severe sanctions on Russia that have led to the collapse of the country’s economy.

For many businesses, the decision by the EU, UK, US and Canada to sanction Russian banks by excluding them from the SWIFT financial system has curbed their ability to operate effectively in the country. This has been further exacerbated by payment system companies, such as Visa and Mastercard, that have begun blocking certain Russian activities on their payment networks.

However, the sanctions go much further than financial institutions. There are now barriers for the aviation business with the Russian aircraft banned from entering certain countries. While technology companies can no longer sell, supply, transfer or export certain goods into the country.

Meanwhile, businesses in Ukraine are confronted are facing a similar situation, if from a different perspective. The conflict has upended the local economy and made the business environment unpredictable.

The Ukrainian government has tried to make the investment climate as attractive as it can during a war. The government has cut business taxes and is offering war-time loans to certain sectors that are struggling. However, the reality is that businesses are losing customers and experiencing cash flow problems, while some companies are focusing their efforts on helping employees leave Ukraine altogether.

Here are some steps to relocate your business while the conflict continues:

To move a non-EU business to Spain, a company can incorporate a subsidiary or create a new Spanish company, that’s either a Limited Liability Company or a Public Limited Company.

Opening a subsidiary is often more complex because a business would typically need to provide a document that shows the basic details of the parent company, which would include information about the management body. This is challenging because the document would need to be apostilled in the country of issue and this is practically very difficult to arrange at the moment.

We recommend creating a new Spanish company via Power of Attorney. By granting a lawyer Power of Attorney, they can execute the entire process without you needing to direct attention to paperwork and bureaucracy. Power of Attorney allows you to focus all of your time on business matters so that you hit the ground running when you arrive in Spain.

With Power of Attorney, Lexidy will not only prepare documentation, but we will also support you with the process of working with a Spanish Public Notary and accompany you so that you don’t get lost in translation.

While the process is broadly the same for Ukrainian and Russian companies, the major difference is how individuals are treated. The EU has relaxed its requirements for Ukrainians and has granted them temporary residency in Spain as well as the EU’s other nations for up to three years, during which time they have the work to right.

The decision to uproot your business for a new country is a serious one with both financial and emotional considerations. As it stands dozens of companies across most industries have exited both Russia and Ukraine. Below is a list of the most high profile companies in the industry affected.

As you can see, the disruption is widespread and companies large and small are taking drastic action to continue their operations.

At Lexidy LegalTech Boutique, our team of corporate law professionals are helping foreign investors move their existing business to Spain. We have all the knowledge to be able to make your move, whether it be from Ukraine or Russia, as smooth as possible by helping you each step of the way. We rely on close relationships with official agencies, our understanding of the process and tools, like Power of Attorney, to deliver a new corporate reality as quickly as possible and ensure your business can continue functioning and delivering for its customers.

Lexidy is has committed to providing 100% verified legal information to combat the disinformation campaign that has encircled those impacted by the Ukraine-Russia crisis. Please contact our Lawyers at Lexidy, and they will be able to provide you with more information.

PrevPreviousBroaden Your Horizons By Studying in Spain
NextAre You American and Imagining Life in Portugal?Next