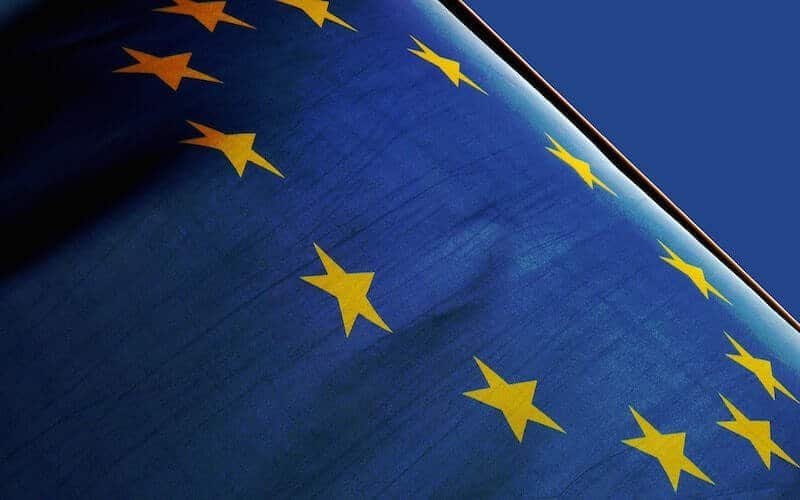 [vc_row][vc_column][vc_column_text]Since the Brexit vote in June 2016, life has become very unpredictable for EU citizens in the United Kingdom.

Nerves have been rattled – and negotiations since the vote have not been going well, so EU citizens are still faced with many unanswered questions about how they can remain in the UK.

This is why many have predicted that the UK will experience an exodus of people and companies in 2018.

Some recent stats show this is beginning to happen – with net migration to the UK plummeting by more than 100,000 in the year since the vote for Brexit, according to the ONS (Office of National Statistics). This is the largest drop since records began.

In an attempt to mitigate serious concerns from the estimated 3million EU citizens who have made the UK their home, the government has recently introduced something called the ‘Settled Status’ scheme.

Broadly speaking, this scheme aims to reward qualifying EU citizens with this special ‘settled’ status so that they can remain in the UK with full residency rights.

The attempt is also to keep the costs and bureaucracy low, so that scheme is quick and affordable.

Who qualifies for ‘Settled Status’?

Those who qualify must:

Here’s a good flowchart from gov.uk that explains how it could all work: 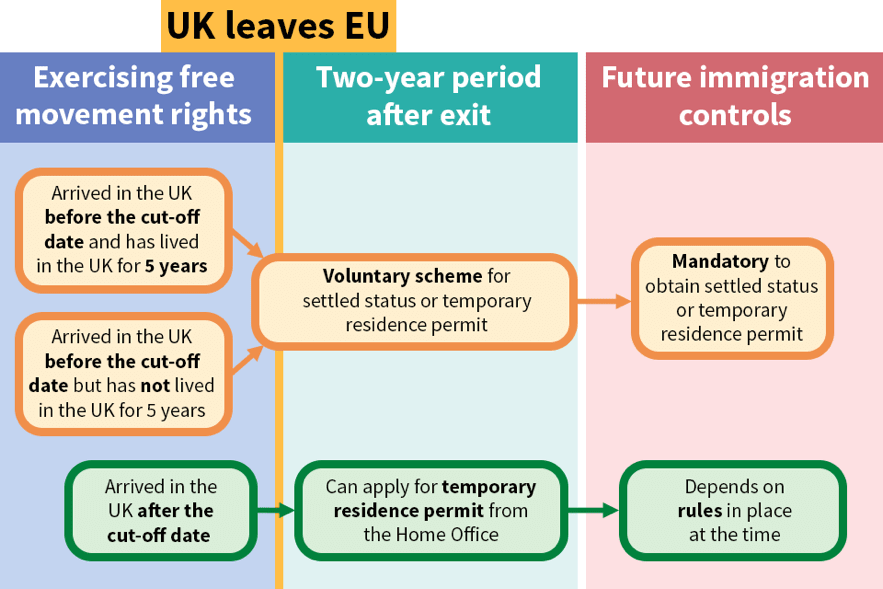 Is this all finalised and agreed then?

Unfortunately, not. This scheme is still provisional and subject to negotiations. These negotiations are also liable to collapse or stall, at any given moment, and as we’ve already started the negotiations are not going particularly well at the time of writing.

The EU has also expressed some disappointment at the rights offered to EU citizens in the UK under the scheme, with many EU leaders feeling that this ‘settled status’ is not enough.

Can Lexidy help me with relocating to Spain after Brexit?

HOW YOUR COMPANY CAN AVOID A NO DEAL BREXIT

Let’s be honest. The picture for EU citizens and companies in the UK is still very ambiguous and not particularly rosy. Equally, UK citizens looking to move to the EU and Spain while they still can have to get in early, or be faced with similarly prohibitive legislation in the other direction if they want to move to the EU.

And of course, we can help! We’re specialists in assisting companies and people to relocate to Spain – from the UK and the rest of the countries in the EU too. And with the great quality of life that the country has to offer, attractive tax incentives, great climate, and a fast-growing economy, it’s an excellent time to move.

Get in contact and we can get started or request a free consultation below:[/vc_column_text][vc_raw_html]