What is mediation and how to find the right mediator in Spain? 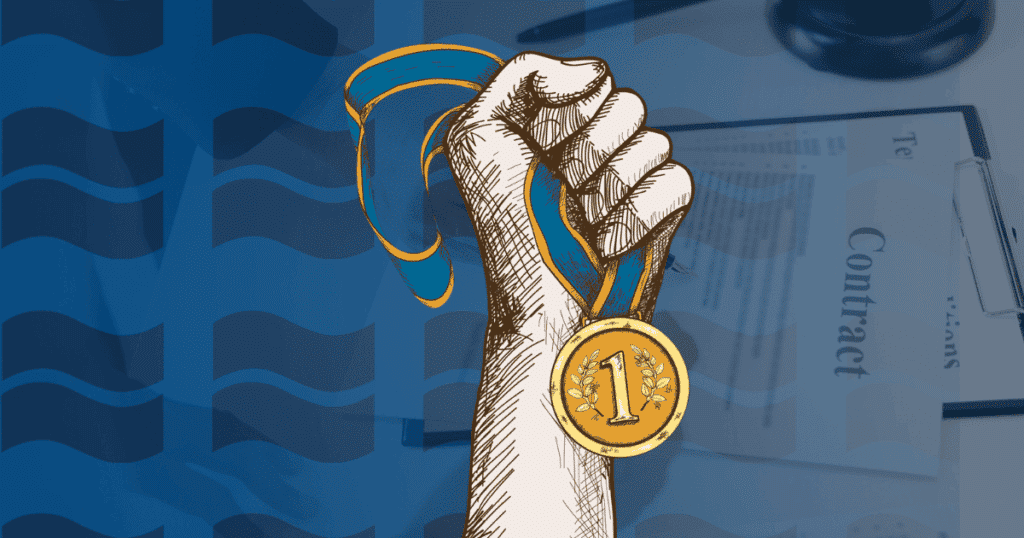 Society is still generally unaware of the benefits of alternative dispute resolution. Why people prefer to enter into judicial battle rather than sit down to negotiate, conciliate or mediate? This post will show you how you can save time and money without going through invasive legal processes.

Sun Tzu, in his work “The Art of War”, said that one should exhaust all possibilities of negotiation and when it proves impossible, try again ten more times because the best victory is to win without fighting.

Mediation is the main and most beneficial method of conflict resolution. The parties reach a solution without incurring the high cost of accessing judicial assistance.

Conflicts arise naturally and are not bad in themselves, they allow society to move forward. However, the bad thing is conflicts turn to have an emphasis on emotion while reason is neglected. All too often, legal aid is resorted to without exhausting all possible avenues of negotiation.

At present, people and companies are unaware of the benefits of resolving conflicts in an alternative way to the courts. It is very common for the parties to enter into a judicial battle before negotiation, conciliation or mediation.

This post aims to raise awareness of mediation as a simple, quick and more profitable practice of conflict resolution.

For me, mediation is the main alternative to judicial dispute resolution. Let’s analyse the basic concepts of mediation in order to understand its benefits:

Mediation is an alternative system of conflict resolution, extrajudicial, confidential and voluntary. This practice helps parties enter into a dialogue to reach a common agreement that puts an end to the dispute. Strongly beneficial to have a mediator for the intervention of an impartial and neutral third party.

Mediation does not force the parties to reach an agreement, nor does it impose an agreement, in an attempt to prevent the weaker party from being forced to sign or accept conditions that he or she considers unfair or contrary to his or her interests and rights. A successful mediation will of course lead to a mutually satisfactory agreement.

The fundamental principle to be followed by a mediator is that of impartiality. The mediator conducts the sessions but does not take sides with one party or the other. He or she will never give the solution to the dispute. It is always the parties who will decide, through dialogue, which is the best solution to take.

Unlike in court, where the judge is the one who takes turns, the mediator can be chosen by the parties.

The parties in mediation

In traditional mediation, there are always three parties:

If the parties so request by mutual agreement, an expert in a specific field, independent of the parties, may intervene. It is therefore important that professionals such as lawyers, advisors, managers, etc. are aware of mediation and encourage and support its application.

Law 5/2012 of 6 July regulates civil and commercial mediation in Spain. The mediation procedure is specifically regulated in articles 16 to 24 of this Law, and is initiated by mutual agreement of both parties.

Once the parties have submitted their request to present the dispute to a mediation process, a mediator is appointed, who may be chosen by the parties beforehand or, if it is an institution, the same may be chosen, including the appointment of a mediator in the application, or the mediator who corresponds, in turn, will be assigned.

Once the application has been submitted and accepted, the mediator shall summon the parties to a session in which the parties shall be informed of the possible causes that may affect his impartiality, his profession, training and experience, as well as the characteristics of the mediation, its cost, the organisation of the procedure and the legal consequences of the agreement reached.

After this informative session and after the object of the conflict has been established, the procedure will be as brief as possible, and its actions will be concentrated in the minimum number of sessions, which represents a clear advantage over judicial proceedings.

Until the final agreement is reached, which concludes the mediation process, and which may or may not have resolved the controversy between the parties, or may contain partial or global agreements on the initial object of the conflict.

In mediation, due to the autonomy of the will and the available nature of the law, the parties can defend their interests as long as these do not contravene public order and do not harm third parties. Therefore, the mandatory rules governing the subject matter of the conflict must be observed.

The final agreement will in no case have the effect of res judicata, although it may be enforceable, and the settlement contract may be challenged by bringing an action for nullity on the grounds that invalidate contracts.

Therefore, the agreement contained in the final minutes of mediation can never be contrary to law, in which case it would be null and void (Article 6.3 Spanish Civil Code), which is why it is important if the mediator does not have knowledge of the mediated matter, for the mediator to be advised by the parties’ advisors on the agreed measure, and the active participation in many mediations of external collaborators who help the parties to have an exhaustive knowledge of the problem and the alternatives for resolution.

Who benefits from Mediation?

Everyone. Unlike judicial proceedings or arbitration, the solution is not imposed by a third party but is decided by the parties, as mentioned above.

Is the agreement reached in mediation binding?

However, in the written agreement that reflects what has been agreed, and for which the mediator often needs the collaboration of other professional experts in the field, an indemnity clause can always be included in the event of non-compliance.

If the parties wish to make it enforceable, it can be judicially ratified or be converted into a public deed if the parties deem it appropriate.

If we do not reach an agreement, what can I do?

Mediation does not exclude other means of conflict resolution, therefore, you can always resort to other types of negotiation, arbitration or the courts.

It is an alternative dispute resolution process, and is therefore an ADR, and as it is carried out by electronic means it is also an ODR.

It is mediation in the same way as face-to-face mediation, but where, in addition to the parties and the mediator, we use information and communication technology, which is an extremely appropriate conflict resolution tool in the current situation of health crisis.

One of the advantages of this type of mediation would be the speed of conflict resolution and the lower emotional burden of communication, given that, as it is carried out through a fourth party (computer, telephone, screen…), the possibilities of conflictive language between the parties, which is not valid for the good continuation of the process, are considerably reduced.

With regard to the fundamental points to be taken into account in this type of mediation, we must be very careful to avoid identity theft, since the guarantee of identity of the participants in the mediation process is imposed by law (Law 5/2012 art.24.1), and to preserve the confidentiality of the contents of the mediation sessions.

This online mediation system is especially designed, although not the only application, to facilitate the resolution of conflicts that may arise in areas such as e-commerce, and is usually carried out by video call.

Every negotiator should understand at least three basic terms about negotiations. When used together, they can create a powerful framework to help you view each negotiation more analytically.

“BATNA” is an acronym which stands for ‘Best Alternative to a Negotiated Agreement’. BATNA answers the question: ‘What would you do if you were not able to agree to a deal with your negotiation partner?’

But it is not all. It is also crucial to assess the BATNA of the other side. The weakness of your own BATNA might not matter that much if the other side has no good alternative to doing business with you.

Unlike BATNA, the Reservation Value is always expressed as a number. It can be the same number that you can get without the negotiation, but it can also mean a different number. For example, imagine you are selling your car. Your relative tells you that he would buy it from you for €10,000 if you are not able to sell it elsewhere. But if you were okay to selling it for €10,000 to your your, you might want other buyers to pay at least €11,000. In this case, the BATNA is selling to the relative for €10,000. But the Reservation Value is €11,000.

While preparing for a negotiation, it is important to estimate the Reservation Value of your counterpart.

“Zone of Possible Agreement (ZOPA)”  is the range in which an agreement is satisfactory to both parties involved in the negotiation process. It is the range between each parties Reservation Values and is the overlap area that each party is willing to pay in a negotiation.

Visualizing and testing your assumptions in terms of BATNA’s, Reservation Values and ZOPA is a powerful method to improve your performance in every negotiation.

In my experience, mediation is a very important instrument in our profession. Throughout my professional career, I have come across matters that I believe could have been resolved out of court by means of appropriate mediation. And at this point, I refer to mediation in a broad sense, from the perspective of the negotiating skills that the legal professional must have when communicating with colleagues who represent the interests of the opposing party and the eagerness that must prevail to seek the most beneficial solution possible for the client. In my view, countless lawsuits are filed without exhausting the transactional route.

With regard to mediation as a legal instrument that we have referred to throughout this post, we must understand that it is a valid and useful process to resolve conflicts in a civilised manner, and it will be effective to the extent that society is aware of it and creates a culture of peace, where it does not resort to arbitration processes or courts as the main means of resolving conflicts. As an alternative to other less traumatic, quicker and cheaper ways of resolving conflicts, where all parties win. It will be at that moment when we will really start talking about mediation and progress will be made in this modern form of dispute resolution.

Do you need a professional mediator?

Diego is a Litigation Lawyer with over 15 years of experience. He is always at your disposal to mediate in all kinds of conflicts that may arise in your day to day life, trying to leave judicial assistance as a last resort for matters in which, once all the possibilities of the agreement have been exhausted, it is clear that the opposing party has no will to solve the dispute and leaves no other way but to go to court, with both parties incurring undesirable additional costs.

PrevPreviousFintech and Legaltech boom in Spain
NextHow gains from cryptocurrency are taxed in Portugal?Next