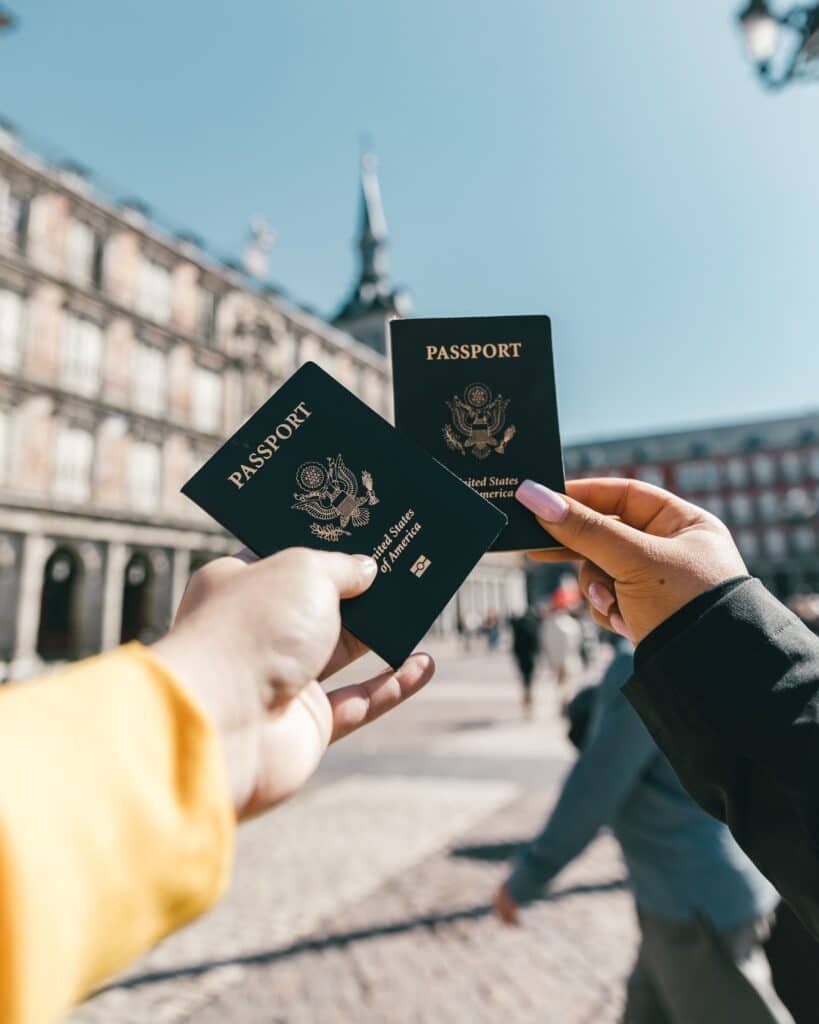 America — the leader of the free world. An economic powerhouse with far-reaching world influence. A country founded by immigrants. The iconic land of the brave, burgers, Hollywood, Wall Street, high salaries, American football, Disney, the Grand Canyon, civil rights, massive homes, overconsumption, mad consumerism.…an endless list defining the American dream. We’re used to the sentiment that the United States of America is the greatest country on Earth, an ultimate immigration destination. But, on the flip side are Americans mapping out their exit strategy?

In 2020 we saw the Great Resignation. Americans were fed up with their jobs for a slew of valid reasons and resigned at unseen rates. It was a powerful move by the people and it did cause companies to rethink work environments and structures. Now, post-pandemic, a record number of Americans are relocating abroad.

As we close 2022 and reflect, Donald Trump announced he will be running in the 2024 Presidential elections. Despite, well everything. In one year alone there were over 600 mass shootings throughout the country. (That’s about 4 shootings per week.) Gun violence numbers are increasing at staggering rates yearly. Safety overall is of major concern. President Biden’s Student Loan Debt Relief plan is crumbling as the promised forgiveness amount is momentarily held hostage by GOP lawsuits. Healthcare costs remain astronomical. Inflation rates have soared to levels not seen since the early 80’s. Abortion is now illegal in many states, igniting a fury over women’s reproductive rights. The LGBTQ community is facing severe bigotry and gay marriage was under threat for a moment there. Unaffordable real estate is driving people out of their beloved cities while high interest rates are preventing millennials and Gen. Zs from becoming first time home buyers. Just to name a few….

It’s not all negative though. A great deal of Americans are global minded, so financial gains and bad politics are not the only drivers for pursing a life abroad. Former military people often want to move abroad after their service has ended. Chalk it up to a taste for the experiences living abroad offers. Increasingly, families want to expose their children to life outside the states for some period. Broadening children’s worldview can bring more opportunities down the road. Knowing another language and having cultural knowledge is a major plus in a globalized workforce. Intercultural marriages are yet another reason for Americans to relocate. The huge international student population in the U.S. and H1-B visa holders often lead to love stories with American citizens. Then there are Missionaries and Peace-Corps people who also tend to explore living abroad beyond their years of service. Again, once someone has opened themselves to a life beyond their own borders, it’s hard to turn back.

Since the surge of remote work was brought on by the pandemic, Americans are now enabled to have more, even complete, freedom of location. People no longer have to live in overpriced cities to go into the office daily or suffer timely commutes. Now, remote work is becoming a norm. Both American individuals and families now have the world at their fingertips and many are taking advantage of it. Staying in beautiful places with substantially lower costs of living, AND saving money on top of it. Could this be the new American dream?

Americans have it pretty easy when it comes to immigration, at least for short-term travel. Visa free or Visa upon arrival in 186 countries allows one to play house for 30-90 days before doing a so-called border run. Although, that’s no way to live. And, if Americans are going abroad you better bet they want to take advantage of the free, or at least very low cost, healthcare offered in their host country. (Little to no medical bills? Sure, I’ll wait in line!)

Luckily, since 2020 we’ve seen the rise of the Digital Nomad Visa. Now some 43 countries and counting (including Greece, Portugal and Spain) have officially put into place the visa pathway enabling remote workers to legally reside in the host country for a year plus under certain conditions. Americans who don’t qualify for this visa usually have no trouble finding other routes to residency. Such as (but not limited to): Golden Visa pathways, Entrepreneur visas, retirement and work visas.

Where are Americans going?

The top destination Americans move to is Mexico. Almost 800,000 American expats are currently in Mexico. A number higher now than ever. Young professionals and recent graduates are the most common group immigrating there. Surely this is due to remote work and lower cost of living as mentioned above. Also, Mexico City is just very cool. Canada hosts the second highest population of Americans abroad. These destinations make sense due to their proximity to the U.S.. Okay, remaining on the same hemisphere makes visiting home that much easier — we get it. Aside from geographical ease, Americans show strong connections to their ancestral heritage, taking them to places like Italy, Germany and Israel. Over 72,000 Americans live in Greece and the majority of them are of Greek heritage.

Quality of Life in Europe

Around 200,000 Americans live throughout France and their most common explanation is, “life is simpler there.”

Portugal is trending as a top destination for Americans to go. The Gold Coast of Europe has a lot to offer anyone, particularly Americans. Whether a single, family or couple retiring, Portugal has options to accommodate American residents unlike anywhere else. The Golden Visa in both Portugal and Spain are highly sought after. The property investment cost is relative to a home in America, but it comes with EU residency and the potential to obtain a new passport. Portugal is safe and affordable. The average monthly cost of living is less than $1000 for a single person and around $1500 for a family. Let’s face it, in America rent/mortgage exceeds those costs. Factor in the rising cost of groceries, transportation, medical bills, entertainment, clothes and more. Many Americans reported 100k annually is the minimum they need to feel like they’re “making it”. Go to Europe on that income level and have a very comfortable life.

Reasons are aplenty. Consumerism trends are frankly less in Europe, although still rather high. One doesn’t feel as much cultural pressure to “keep up” abroad. This can be both because of different societal expectations and the individual having less pressure as someone not as interconnected to the community. American parents often prefer the European school curriculum and system. Less standardized tests and more focus on things like manners. Then consider the amount of annual vacation time for all layers of the workforce. In Europe it doubles average amounts offered in the U.S.. Maternity and Paternity leave laws are also a major plus for American parents who often have as little as two weeks off back at home. Better air quality and more reform towards greener living is another factor American expats may care about. Stricter weapon laws and lower crime rates might be all Americans are looking for. Boiling it down to safety, money and time — all which result in a higher quality of life.

Yep, Americans cannot outrun Uncle Sam. He’s your uncle no matter where you are! America is one of three (New Zealand and Eritrea) countries in the world that requires citizens to file taxes even while living abroad. The IRS website states, “If you are a U.S. citizen or a resident alien living outside the United States, your worldwide income is subject to U.S. income tax, regardless of where you live.” However, this can sound worse than it seems at face value. Many countries have generous tax treaties with the U.S. which avoid double taxation. In some cases no tax at all as long as they’re under a certain bracket. They just have to file and paint an IRS required picture. A good global accountant is really all you need. However, it is important to check out tax treaties when choosing a destination, so you’re aware of tax implications in both countries.

Regardless of where you reside or for how long, your citizenship remains safely in tact. File those taxes yearly and you’ll face no issues. Many Americans keep ties with their home country in the form of property, bank accounts, phone numbers, post office boxes and more. If you birth children abroad they’re entitled to the American passport and the process for foreign birth abroad is relatively simple. Americans tend to always return home whether that’s only for an annual visit or eventual relocation back. Whether a temporary or permanent move abroad, one thing is certain—Americans always remain Americans.

Lexidy works with many Americans setting up shop across Europe. Our English-speaking experts work in immigration, corporate, real estate and tax. We help Americans relocate, open companies and buy homes in Spain, Portugal, Greece, France and Italy. Our global tax experts can inform you ahead of time about your tax obligations in your host and home country. Relocation has many facets, whether it’s for an individual or family, but Lexidy ensures clients have help with each aspect. So, if you’re entertaining the idea of moving abroad in 2023, reach out to us! We will present you with options throughout Europe and help you get moving.

PrevPreviousHow to Defend my Credit within a bankruptcy