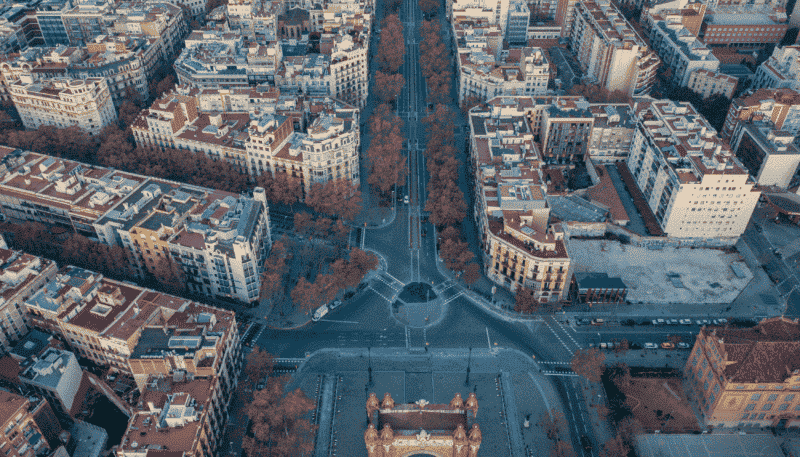 On May 21, the Government of the Generalitat approved Decree-Law 9/2019 of 21 May on urgent measures. This was to contain rents in housing lease contracts and modification of the fifth book of the Civil Code of Catalonia. This fixing of rental prices allows limiting the income of cities or areas of cities described as “tense market”. This implies that the contracts may not exceed 10% of the reference index of the rental price.

Why are the prices rising?

For the declaration of an area as “tense market” it will be necessary to prove some stuff. For example, that the increase in the price of the rental and its cost in the family budget are clearly higher than in the average of Catalonia; that there is a disproportion between the increase in population and the number of available lodgings; or that the cost of the rise of the prices of the rents is above the CPI ( Consumer Price Index ) of the affected area.

For those aspects excluded of the indexation system that gives more value to the housing, the norm foresees an additional increase of 5 %, which must be duly justified to the contract. It is a supposition for houses with exceptional views or other special features. Those could be communal areas with swimming pools and gardens.
In Barcelona, the declaration of a “tense market” area can be agreed by the Plenary of the City Council. In the rest of the municipalities, it must be declared by the department of territory.

Newly built dwellings and those that have been completely rehabilitated may reach 20% above the reference index, but only for 5 years after the end of the works. After this period, the maximum price of the rent will be below the same limit. In the case of these dwellings, the rule foresees a moratorium of three years, during which time they will be exempted from the containment of yields.

Flats that have already been rented may continue to be rented at the price prior to the entry into force of the limitation. In justified cases, the declaration of an area with a housing market may also exclude from the limitation dwellings with a useful surface area greater than 150 square metres.

With the entry into force of the law, if the owner collects a rent that exceeds the containment established by the Government, the lender has the right to recover the difference between the legal limit and the paid rent, with the corresponding interests. This right may be demanded through the courts. The Department of Justice will also promote mediation and other extrajudicial formulas to resolve the differences between owners and tenants, with the aim of avoiding judicialization. The extrajudicial resolution of conflicts is faster, cheaper and more effective than judicial processes.

How can the Catalan Government step in the rise of the prices of the rents?

In Catalonia, only the Spanish civil law applies subsidiarily; it is to say, in the cases that are not foreseen nor resolved by the Civil Code of Catalonia, that it is the main rule of application. The Parliament of Catalonia has not regulated the leasing of urban properties. The current reference mark is the LAU ( “Ley de Arrendamientos Urbanos”, the Spanish Urban Lease Act).

The draft law prepared by the Department of Justice will incorporate the regulation of the renting of dwellings in the free system of the Civil Code of Catalonia. It is dedicated to obligations and contracts. Also already establishes the rules relating to the purchase and sale of rural leases, with the aim of safeguarding the natural heritage, for pastures and urban mass.

In Catalonia as a whole, the price of rent has risen by 29% in the last 5 years.

In figures, it means that it has already reached 698 €, 160 € more than 2013. This means that the price of the slope has already surpassed the level before the crisis. The general increase is especially accentuated in Barcelona. The price of a 72 square meter slope is currently 949 euros, according to Incasòl. It is about 38 % more than 5 years ago. That is to say, an average increase of about 270 euros per floor.

This phenomenon has also moved to the municipalities of the metropolitan area and the surrounding area. The interannual increase of the rent of flats between 2017 and 2018 is especially significant in municipalities such as: Santa Coloma de Gramanet (+9,9 %), Sant Andreu de la Barca (+11 %), Ripollet (+12,7 %), el Papiol (+22 %) or Sant Just Desvern (+39 %).

Want to know more about this rise?

In Lexidy we work with really talented Real Estate lawyers. They can help you in every step of your moving to Spain. If you’d like to know more about it, contact us here: