Spanish Citizenship from A to Z 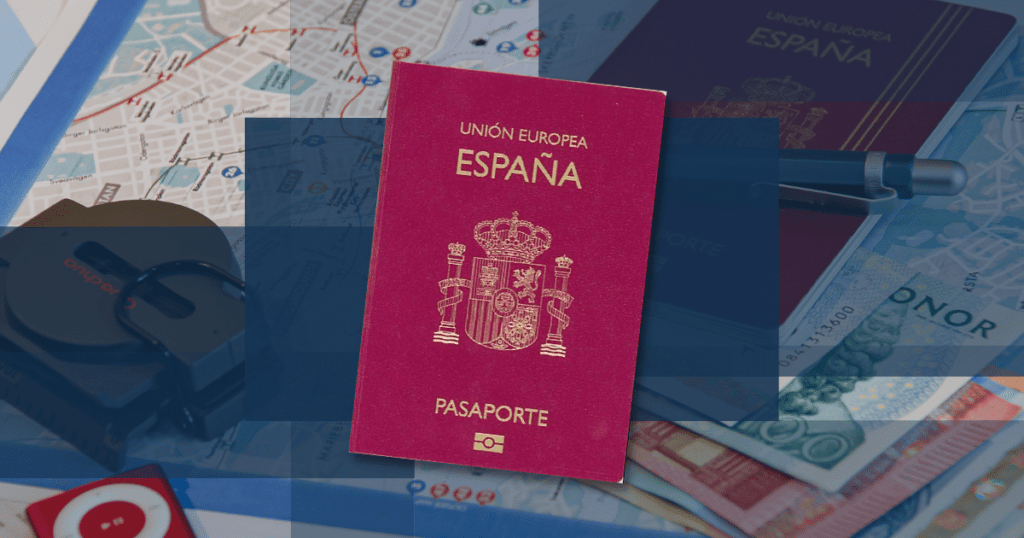 The concept of nationality is the legal union between a people and their state. It has the dual function of being a fundamental right and constituting the legal status of a person.

As a result, there are many ways currently available to obtain Spanish citizenship, for example by residency, naturalization, natives, option, and others.

Gives you peace of mind

When you are granted Spanish nationality, your life will change because you will no longer have to wait to renew your residence permit, to comply with all the legal requirements to renew your permit, to wait for the resolution of the application, and pray that it is favorable. After all, otherwise, you would lose the possibility of residing in Spain, which means starting the initial residence procedures again and all that this entails… Therefore, acquiring Spanish nationality gives you peace of mind in your day-to-day life.

By obtaining Spanish nationality, you will become an EU citizen, which means that you will be able to work and live in any country of the European Community without any problem.

You will obtain political rights such as active and passive suffrage.

In other words, you will be able to vote in general or regional elections.

You will be able to regroup your family members:

By obtaining Spanish nationality, since you will be considered an EU citizen, you will be able to regroup your children, your spouse, or their children in a much easier and quicker way, by applying for the Residence Card as a Family Member of an EU Citizen.

Ways of obtaining the citizenship

This form of acquiring nationality requires the person’s residence in Spain for a legally determined period, in a legal, continuous manner, and immediately before the application.

In this regard, generally, the foreign resident who already applied for permanent residency and lived in Spain. for ten continuous years. However, there are exceptions to the general rule: five years are sufficient for those who have obtained refugee status and two years in the case of nationals of Latin American countries, Andorra, the Philippines, Equatorial Guinea or Portugal, or Sephardic Jews.

In addition, the period of residence of one year will be sufficient in the following cases:

Citizenship by a letter of naturalization

This form of acquisition of nationality is granted on an exceptional basis and is not subject to the general rules of administrative procedure. It may or may not be granted at the discretion of the Government by Royal Decree, after assessing the existence of exceptional circumstances.

The following are Spaniards of origin:

a) Persons who are or have been subject to the parental authority of a Spaniard.

b) Those whose father or mother was originally Spanish and born in Spain.

d) If the adoptee is over eighteen years old, he/she may opt for the Spanish nationality of origin within two years of the establishment of the adoption.

Double nationality with a Spanish passport

Many foreigners applying for Spanish nationality are unaware that Spain requires them to expressly renounce their original nationality of origin to obtain Spanish nationality and, after waiting two or three years for the process to be completed, they find themselves in this important situation. This situation applies to foreign nationals from countries with which Spain does not have a signed dual nationality agreement.

If they do not renounce their nationality of origin, they will not be able to obtain Spanish nationality.

In 2015, the Congress of Deputies approved the Law Project that granted Spanish nationality to the Sephardic descendants of the Jews expelled from Spain in the 15th century. The law abolished the need for residence in Spain and did not require the renouncement of the previous nationality.

However, although this law, initially foreseen for one year, was extended year after year, in 2019 it was no longer extended and the last applications accepted were those completed before 1 October 2019. Therefore, as of today, it is no longer possible to apply for Spanish nationality as a Sephardi.

If you apply for citizenship by residence, then, as a general rule, you must pass the exam on constitutional and cultural knowledge of Spain (CCSE test) and obtain the DELE Spanish diploma level A2 or higher, which certifies a basic knowledge of the Spanish language.

However, you will be exempt from taking the DELE A2 or higher exams if you are in one of the following situations:

On the other hand, minors, persons with legally modified capacity, persons with learning difficulties, and persons who have been schooled in Spain and have passed Compulsory Secondary Education may also be exempted from taking the CCSE exam.

The validity of the DELE Spanish diplomas is indefinite, while the CCSE certificate is valid for 4 years from the date of approval of the qualification certificate.

At this point, having explained the different ways of obtaining Spanish nationality, you may be wondering which is the quickest and/or easiest way to obtain it. Unfortunately, there is no quick way to obtain Spanish nationality. By law, once the application for nationality by residence is submitted, the administration has up to one year to resolve it. However, the reality differs from what is legally stipulated, as it is currently taking more than two or even three years to receive a decision on the application.

On the other hand, even if there is an easier way than another to obtain Spanish nationality, the citizen who applies for it must be in a specific situation that allows him/her to apply for it in one way or another.

PrevPreviousHow gains from cryptocurrency are taxed in Portugal?
NextSet up a branch office in Spain to secure company growthNext