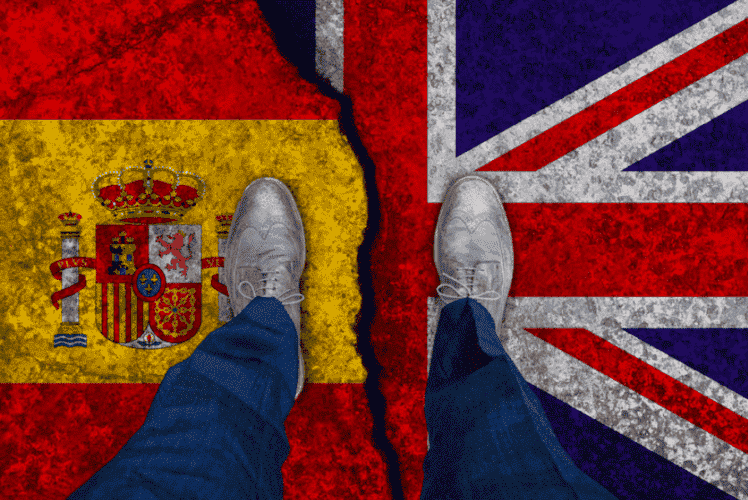 Laura is from Barcelona. She started her law career with a law degree from the University of Barcelona and since then she has been working in various law firms to develop her career. Laura had the opportunity to spend four months in Nepal as a volunteer, during her studies, which developed her interest in international relations and Immigration Law. Now at Lexidy, she is part of the Immigration Department. She is also a member of the Barcelona Bar Association (ICAB).

As you know, on 31 January 2020, the United Kingdom ceased to be part of the European Union. This departure was reflected in the Withdrawal Agreement, where a transitional period was set which will last until 31 December 2020.

That agreement recognises that those British citizens, as well as their family members, who have exercised their right to reside or work in accordance with the EU regime before the end of the transitional period and who continue to do so after that period, will have the same rights as they currently have.

By contrast, those who arrive after the end of the transitional period, i.e. after 31 December 2020, will be treated as third-country nationals and will therefore be subject to the rules of the General Immigration Law (and not the EU regime).

We will therefore find two groups:

For this reason, the Secretary of State and Migration has published an Instruction through which a process of documentation and issuance of a physical card is established in order to differentiate those who are included in the aforementioned Agreement and those who are not, for arriving in Spain after the end of the transitional period (after December 31st, 2020).

WHEN CAN I APPLY FOR THE NEW BRITISH CARD?

British citizens will be able to start processing and applying for their new card from 6 July 2020. This residence document will be issued in accordance with the model of a residence permit for third country nationals.

If you are a British citizen, you have your EU Registry Certificate (green card that contains your NIE) but you have not been living in Spain for five years, you can apply in person, at the police station, for a residence document.
The card to be issued will have a duration of five years, after which it will have to be renewed.

If you are a British citizen, you have your temporary EU Registry Certificate (green card that contains your NIE), you have been living in Spain for five years and you do not have the Permanent EU Registry Certificate yet, you can apply in person for a residence document at the corresponding police station, which, after verification of the duration of the residence, will be issued.

This document will be valid for 10 years and the description “permanent” will appear in the corresponding field.

If you are a British citizen and you already have your Permanent EU Registry Certificate, you can apply in person before the corresponding police station for the issuance of the residence document.

This document, like the previous one, will be valid for 10 years. The card will have to be renewed once it expires.

If you are a British citizen but do not have an EU Registry Certificate, you can apply in person or by electronic means, or through a legal representative, for this new residence card or document, at the Immigration Office in the province where you reside or intend to reside.

In order to apply for this residence permit, you will have to accredit that you have been in Spain before December 31st, 2020, by any means admitted in law, such as the “empadronamiento” (registration with the town hall in an address in Spain). Also, you will have to accredit that you dispose of health insurance in Spain and of sufficient economic means in order to maintain yourself in Spain.

Once the application has been presented, the applicants will be issued with a receipt or document proving that they have started the process, through which they will be able to prove their legal stay until they have an answer from the Immigration Office.

In case of a favorable resolution, British citizens can go to the corresponding police station within one month and apply for the Foreigner Identity Card.

Family members who are third-country nationals and who reside in Spain in accordance with the conditions laid down in the Agreement may apply for a residence document.

Applications as above can be started from 6 July 2020, or within three months after entry into Spain if made after 31 December 2020.

If you are a family member of a British citizen with a Residence Card for Family Members of EU Citizens, and whether you have been legally resident in Spain for five years or less, you can personally arrange for the issuance of your new card directly with the police.

If you have a relationship with a British citizen and do not have a Residence Card for Family Members of EU Citizens, you can apply for this residence document in person or through a representative at the corresponding Immigration Office.

Once your application has been granted, you must go to the police station that is authorised to issue your new card, providing the corresponding documentation and upon payment of the fees.

Administrative procedures initiated before 6 July, concerning the application for the EU Registry Certificate for British Citizens and Residence Cards for Family Members of British Citizens, will be processed and resolved in accordance with the provisions stated in this Blog.

At Lexidy we can assist you with all the steps of the registration as a resident in Spain and the application for your new card as a British citizen. Get in touch with us and see what we can do for you. We look forward to assisting you!