A GUIDE TO RETIREMENT IN SPAIN

SO, YOU WANT TO RETIRE IN SPAIN.

We get it. Nice weather, great services, affordable prices. But, you may be worried about the taxes that need to be paid on pensions in Spain with plans from abroad.

Are they taxed in Spain? And, how is it possible that they are taxed again in Spain if they are already being taxed in your home country? Also, do you have to file a Tax Return on them?

Don’t worry, because, at Lexidy Law Boutique, we can answer all of your questions, and more.

SPANISH TAX RESIDENTS AND PENSIONS IN SPAIN FROM ABROAD

If you receive public pensions corresponding to a job as a civil servant (teacher, policeman, doctor, military, among others), these pensions will be exempt from taxation and can only be taxed in the corresponding country where they are received. However, the amount of pension income will be used to calculate the progressive rate that might be applicable, in case you have to file in a Personal Income Tax Return. If you are of Spanish nationality, these pensions will only be subject to taxation in Spain.

If you receive private pensions corresponding to a private job, you will have to pay taxes on them. However, in order to avoid paying taxes twice, you can deduct the amount of taxes paid abroad from your Personal Income Tax. But, there is a limit. The deductible can only reach the amount that would be paid if the taxes had been Spanish. This depends on the foreign equivalent.

This is the standard ruling for Double Tax Treaties between Spain and most other countries. However, Double Tax Treaties with certain nations might be slightly different. In order to be sure, get a free consultation from our experts in the field and clarify the details of your financial responsibilities.

The following amounts are calculated for individuals who only receive pensions. In the case that you do receive another kind of income, you may or may not be obligated. We strongly recommend getting a free consultation from our tax advisors. Let us provide assistance in the preparation and filing of your Personal Income Tax Return. 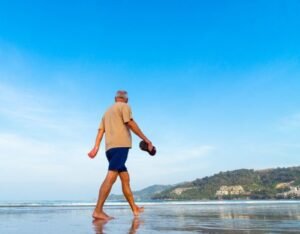 Mike is a U.S. national who is considering retiring, using his pensions in Spain. He receives 30.000 euros in the year for a pension corresponding to is former job as civil servant for the state of Missouri. He has paid 5.000 euros to the IRS in taxes. Additionally, he receives 25.000 euros in the year from a private pension. He has been adding to it for the duration of his life and has paid 4.300 euros total.

Does he have to file in a Personal Income Tax in Spain?

For this purpose, we will exclude the public pensions, as they are exempt for taxes.

He has been receiving employment income, which, in this case, are pension plans. They are received from more than one payer and the total amounts received from the second to the last payer is 25.000 euros. The total amount is over 1.500 euros, so the threshold for filing a Personal Income Tax is 12.643 euros. This amount is met, and, therefore, he will have to file a Personal Income Tax Return.

What is the applicable tax rate?

For this purpose, we will include the public pensions. Employment income is taxed at a progressive rate that goes from 19% to 45%. In this situation, for an annual income of 55.000 euros corresponds a tax rate of 26%.

This 26% will only apply to the taxable income, which is 25.000 euros, in the private pensions.

How much taxes will he have to pay?

The tax liability (once personal allowances are deducted) is 4.667 euros.

However, the taxpayer will be able to deduct the amount of taxes paid abroad on these pensions in Spain, which is 4.300 euros.

The final tax amount to be paid in the taxpayer Personal Income Tax Return is of 367 Euros.

Take advantage of the resources at your disposal to assist you and make the process much easier. Taxes are complicated, that is for sure. But, with the right help, they can be made much simpler.

PrevPreviousDRIVER’S LICENSE EXCHANGE: ARE YOU ELIGIBLE?
Next6 THINGS TO KNOW ABOUT THE JOB SEARCH FOR STUDENTS IN SPAINNext