BARCELONA PROPERTY – BACK IN DEMAND IN 2018 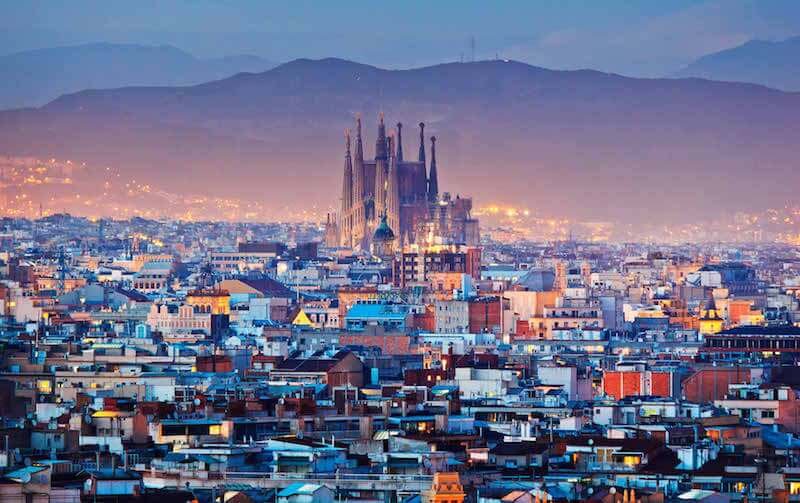 Investors are recovering their optimism for buying property in Barcelona, with demand back on the rise.

The recent political upheaval in Catalonia, which exploded in October and received global coverage, has led to some negative reporting for the region’s economy. Thousands of companies have relocated their headquarters from Catalonia to the rest of Spain and, as you’d expect, investor confidence dipped and the property market has suffered some consequences too.

However, the data now seems to show that a lot of these effects were temporary and reactionary – and a recovery is underway as the situation begins to stabilize. In November, Barcelona YoY housing sales figures recorded in the Land Registry recovered strongly from the previous two months, as you can see from the following two charts that were recently released by Spanish Property Insight. December’s figures, when they’re soon released, will tell if this pattern is continuing but with rental prices in Barcelona recently rising to the highest levels in history – it appears that demand for property is surely not going down and is stronger than ever.

Here’s a quick fact from Lexidy on the current state of the property market in Barcelona – and the rest of Spain too.

Has demand for property in Barcelona changed since the independence drive?

In the final quarter of 2017, foreign demand for property did stagnate slightly in response to the political crisis in the region. This drop in demand was mainly due to the concern that Catalonia might actually leave Spain (and even the EU) after the unilateral declaration of independence.

This didn’t happen but the uncertainty did hit confidence. However, as you can see from the earlier data, confidence is coming back.

And what about the impact on property prices?

The political crisis may have been dramatic but it has also been short-lived.

The initial data – like the figures shown earlier in this post – seems to show not a drop but just a temporary dent in the rate of growth relative to the rest of Spain, where prices have risen 6.7% year-on-year in the final quarter.

Now that things are getting back to normal, growth is catching back up.

How is demand for property likely to evolve throughout 2018?

With historically still-low property values in Spain, the pattern that’s emerging is for strong and renewed growth in Catalonia – aligned with the rapid growth in the rest of Spain.

Of course, It all depends on how the politics evolves too but with the Spanish central government in possession of legal mechanisms to control the situation in Catalonia, things are very unlikely to spiral out of control.

And what we have noticed so far, this year, is that demand is coming back strongly. Foreign investors are confident that a constitutional solution will be found, and uncertainty is diminishing, so they are coming back to the market.

So it’s still a good time to invest?

Based on all we’ve said, it is. Actually, another way to view things is that with prices being a bit lower than they would normally be (and will be in the future with a full recovery) it’s a great window of opportunity to buy.

Have there been knock-on effects in the rest of Spain?

As you’d expect – some regions have seen increased investment from investors who may have moved their interest from Catalonia, such as Valencia, Malaga and Madrid. Valencia, in particular, is experiencing a surge in demand.

Spain remains a great place for investors to buy property at the moment – irrespective of any political issues.

Can Lexidy help me buy property in Spain safely?

Of course we can; there are quite a few pitfalls to avoid so it pays to always work with expert lawyers when buying in Barcelona, or anywhere else in Spain. Request a consultation on the form below, or just start a live chat and we’ll get the process started.

HOW TO EVICT A SQUATTER FROM YOUR RENTED HOUSE/FLAT IN SPAIN
2019: IS IT A GOOD YEAR TO SELL A PROPERTY IN SPAIN?
I cannot pay my rent anymore, what can I do?
Tags: Company Formation in Spain Corporate Law English speaking lawyers investment lawyers in real state Lawyers in Spain
0